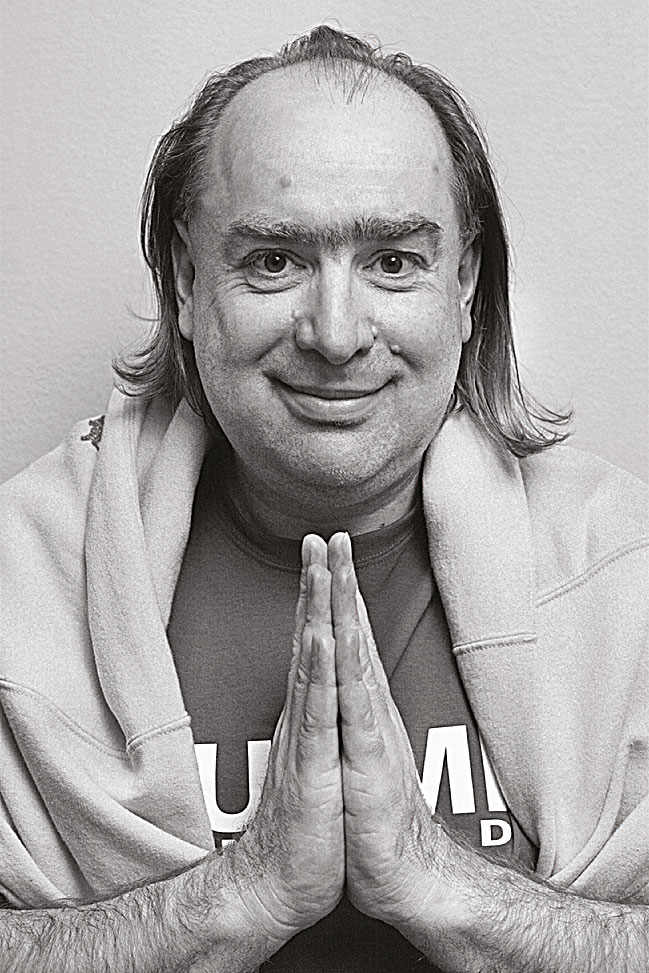 Andriy Zholdak, ​born in Kiev, is a Ukranian director. He was educated at Anatoli Vasiliev’s School of Dramatic Arts in Moscow, founded and conceived as a „theatre – laboratory“ in 1987. Zholdak’s lifetime affinity with movies has influenced his directorial style strongly. Federico Fellini, Ingmar Bergman, Sergei Parajanov and Andrei Arsenyevich Tarkovsky are amongst his artistic idols.

Andriy Zholdak’s theatrical approach goes far beyond directing. He designs both sets and costumes, and he is engaged in lighting design and video arts as well. From 2002 to 2005 he was highly successful as the Artistic Director of Charkiv’s Taras Shevtchenko Theatre. Five of his own productions were presented at major international festivals.

Andriy Zholdak moved to Berlin in 2005. His work as a freelance director led him to numerous stages, mostly in eastern and southern Europe. Loyal to the founding concept of the Vasiliev School, Zholdak combines his directorial work with aesthetic theory, presenting and discussing visions of the Universal Artist and Quantentheater der Zukunft in lectures and workshops.

His directorial work was honored widely. Andriy Zholdak received the UNESCO Performing Arts Award in 2004, and Russia’s most prestigious prize, the Golden Mask, in 2014. The prize winning production of Tchaikovsky’s Eugen Onegin at St. Petersburg’s Michailovsky Theatre, was the first opera he ever had directed.

Eugen Onegin has triggered Andriy Zholdak’s interest in musical drama. Two remarkable, multi-layered stagings of lesser know operas were highly praised. He staged Martinu’s Mirandolina in Giessen und Zemlinsky’s Der König Kandaules for the Vlaamse Opera in Antwerp. Tchaikovsky’s Iolanta brought him back to St. Petersburg’s Michailovsky Theatre, and a third Tchaikovsky opera, The Enchantress (Charodéyka) at the Lyon Opera, was named Performance of the Year 2019 by the German magazine OPER! 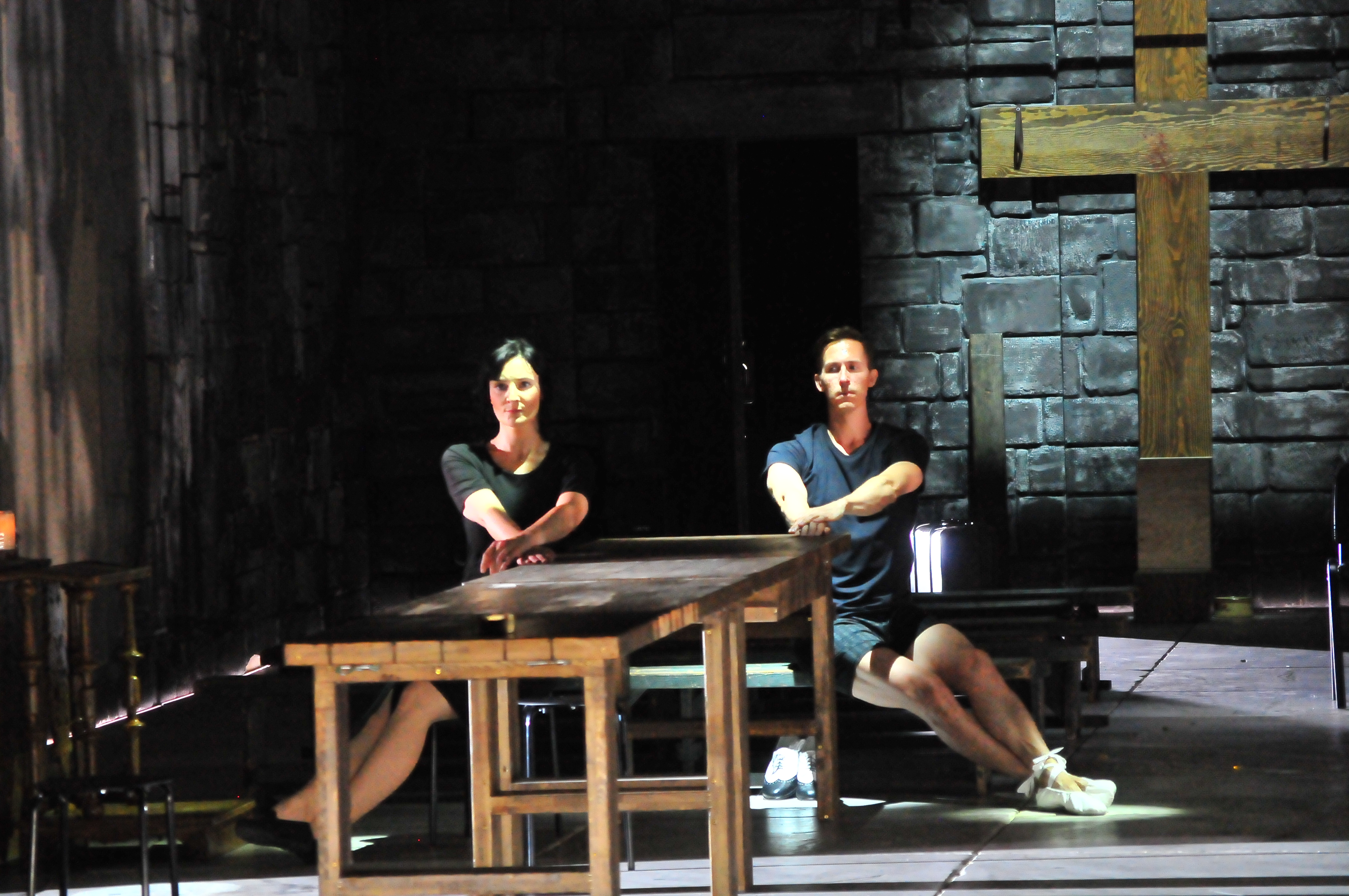 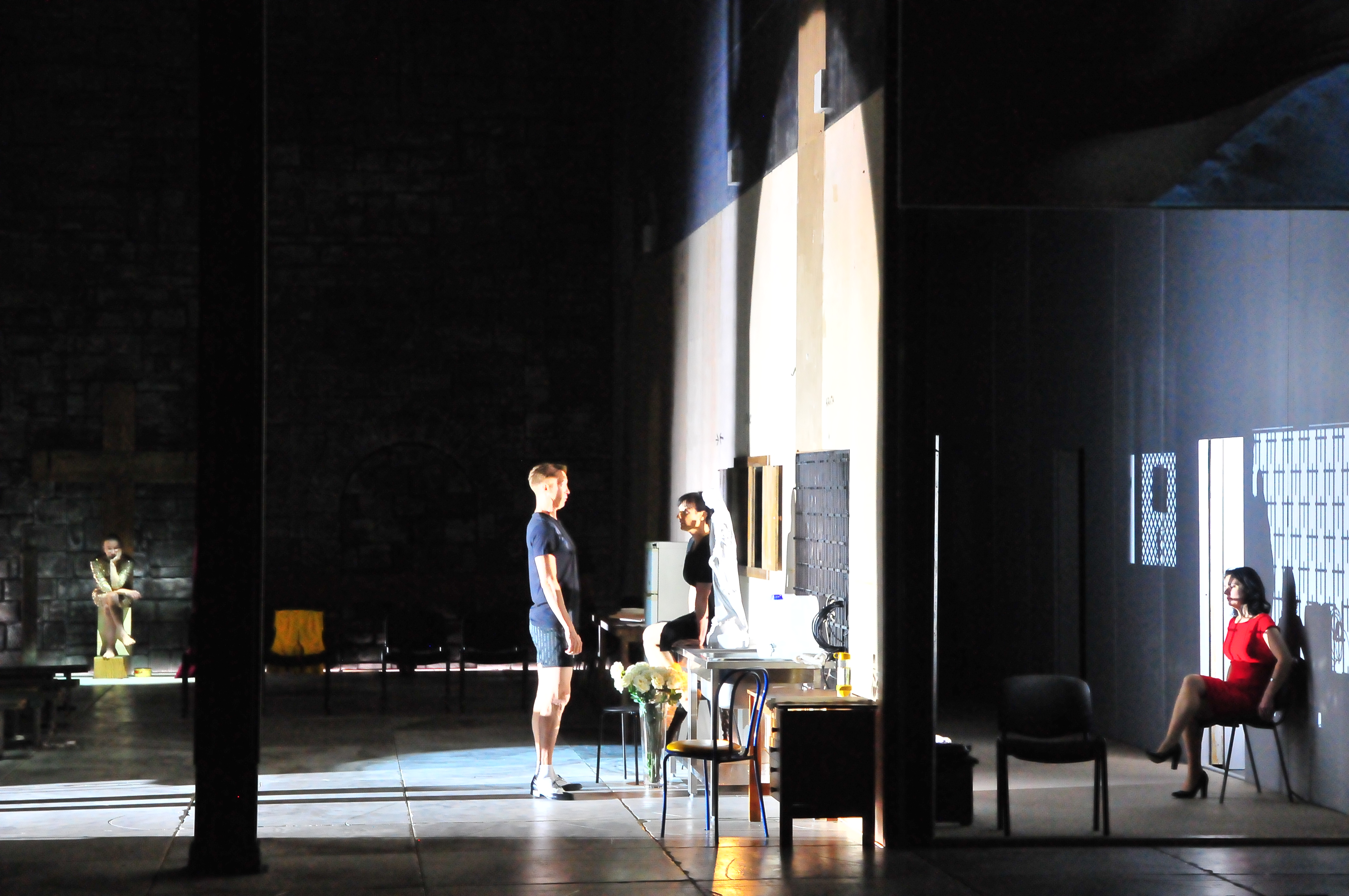 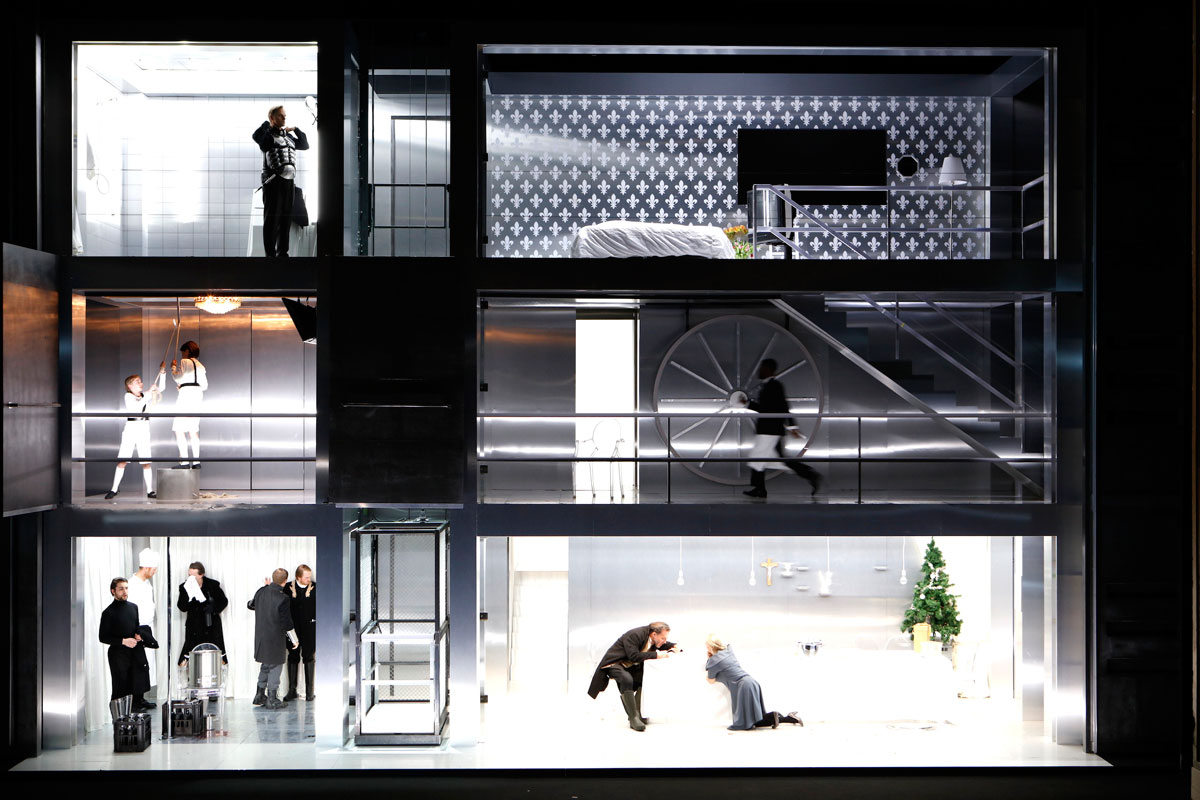 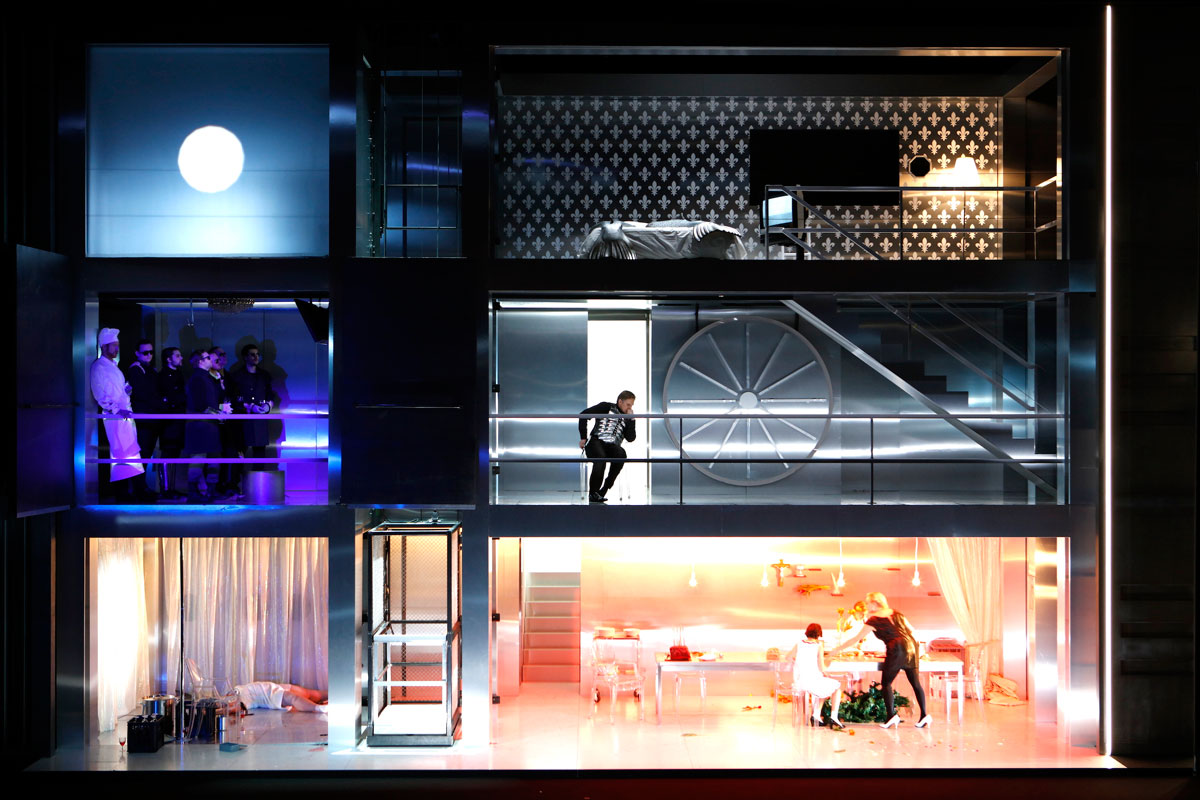 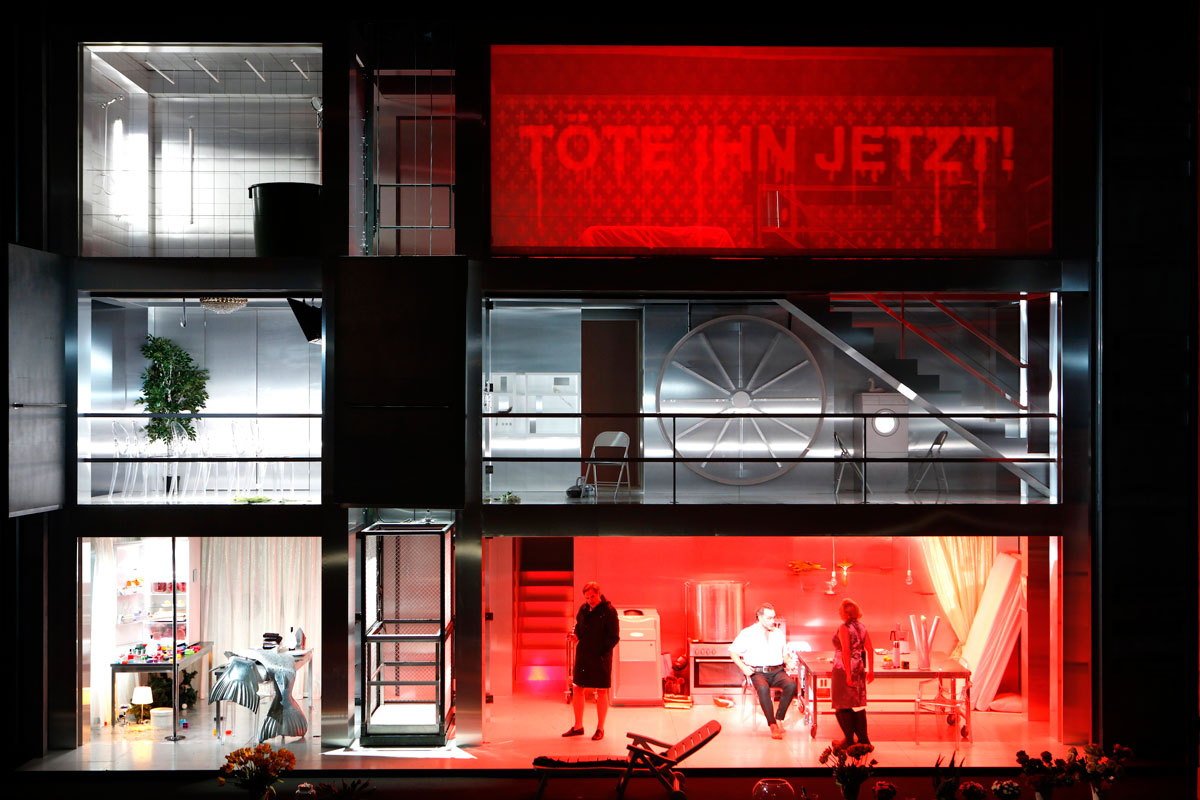 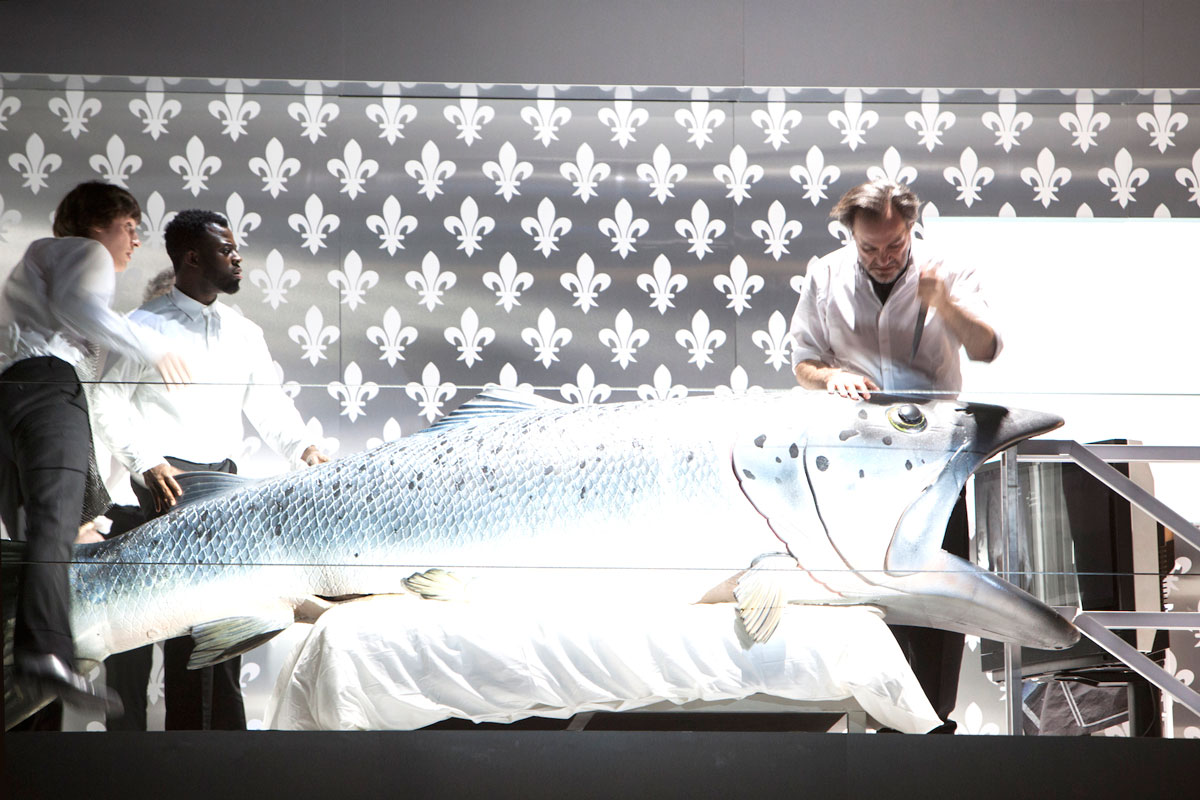 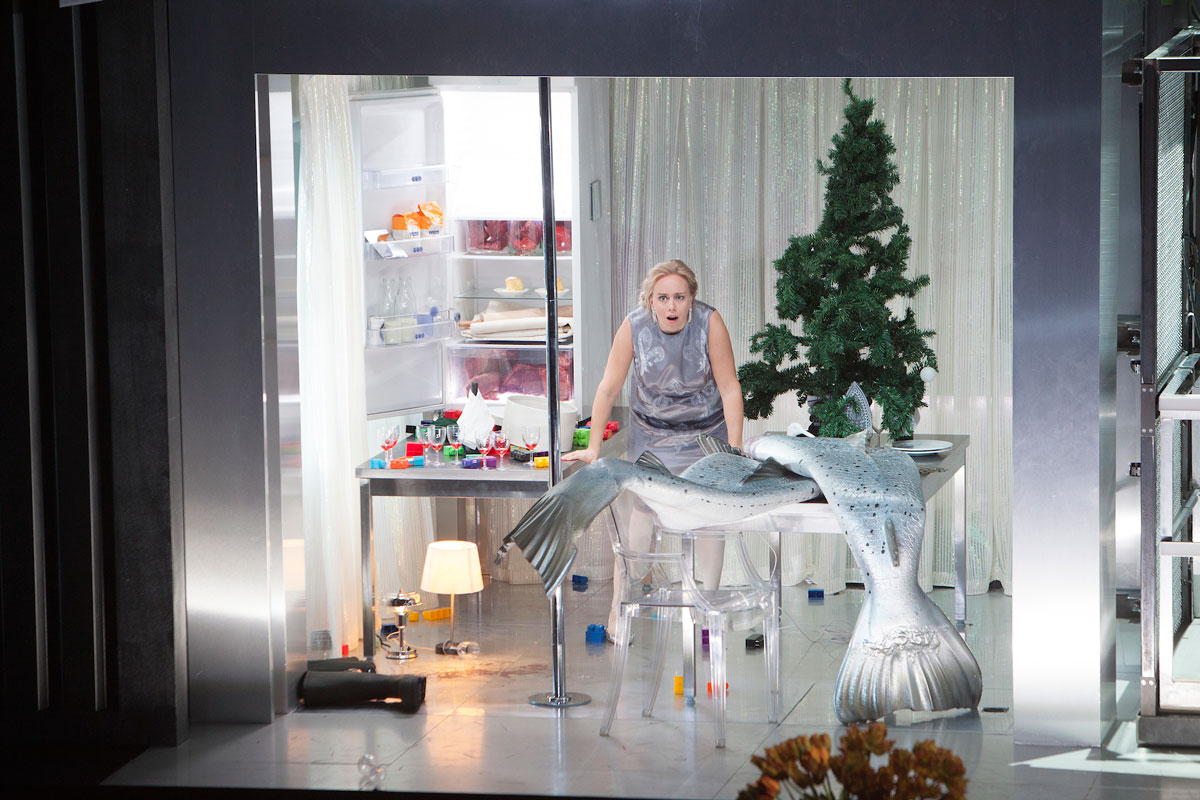 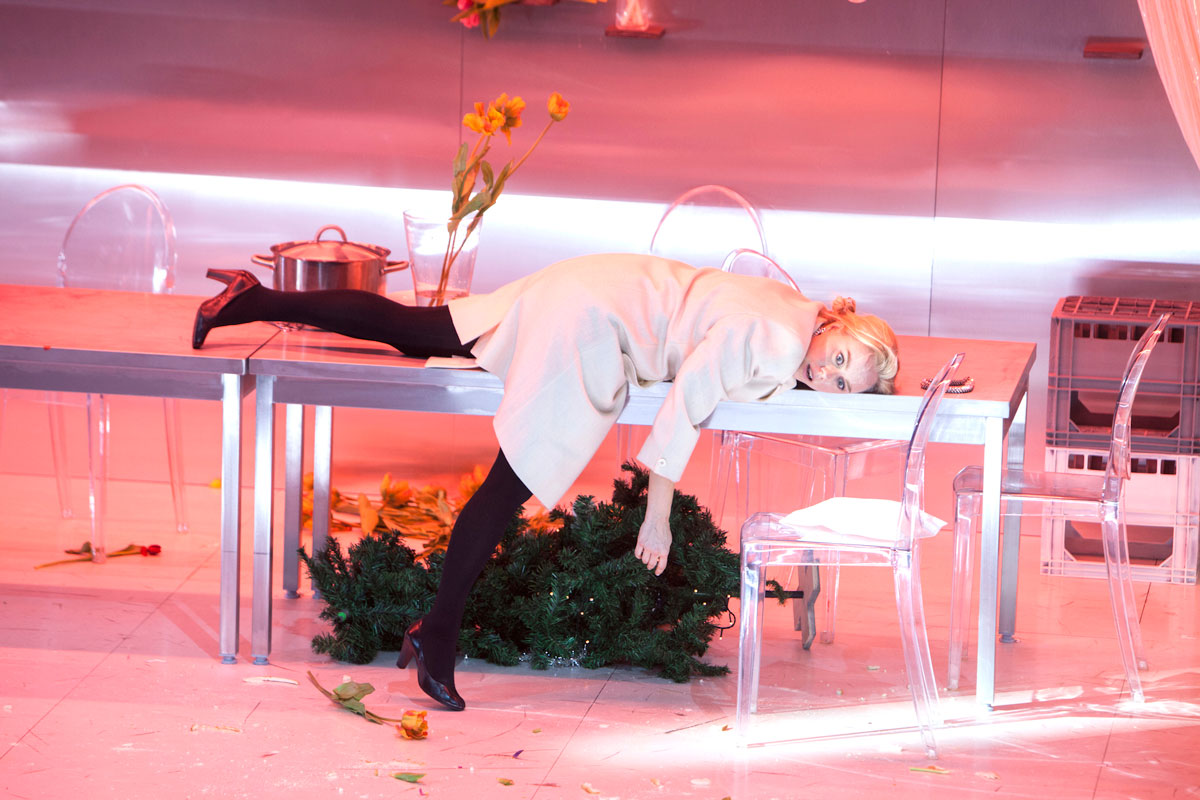 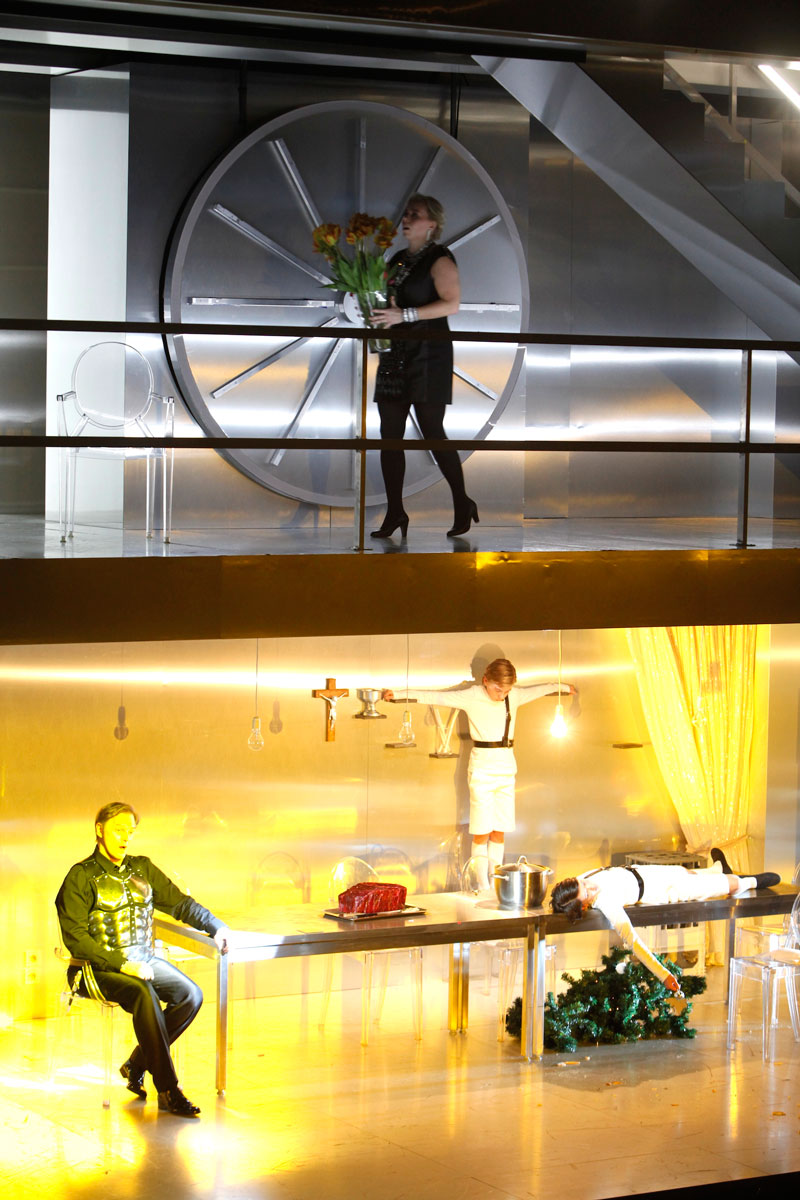 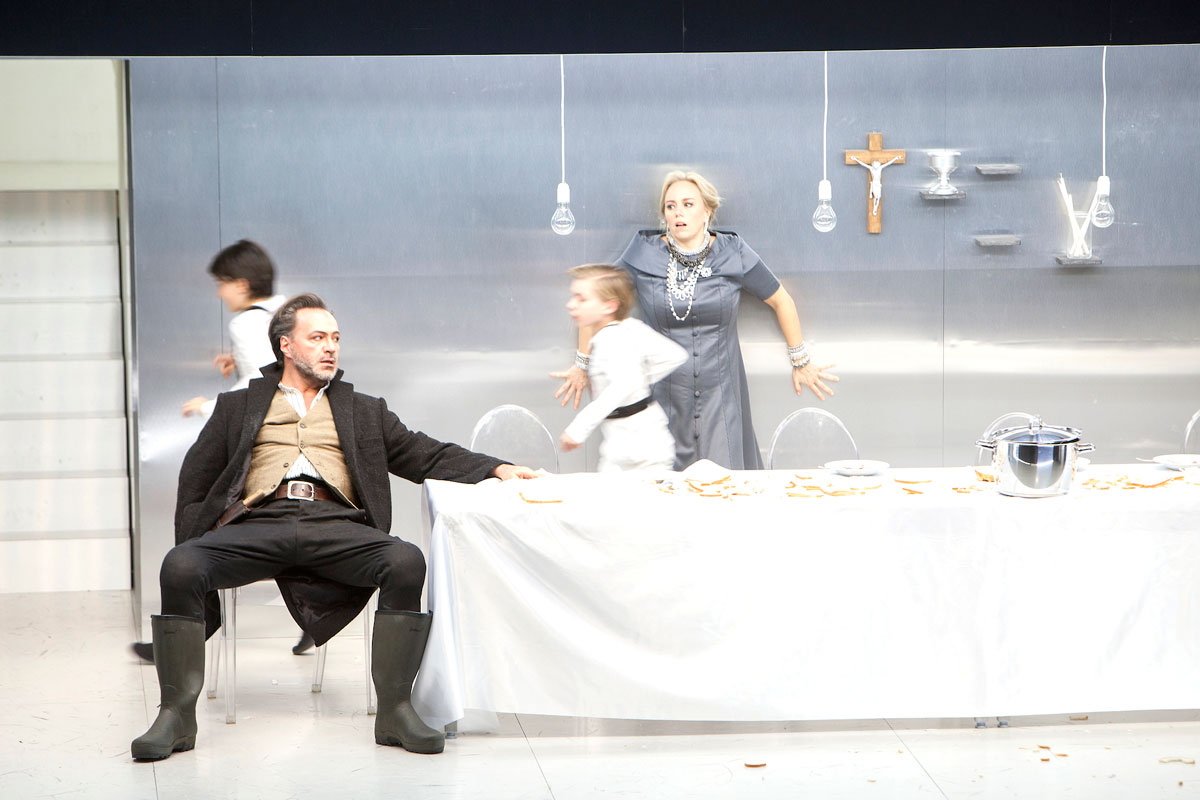 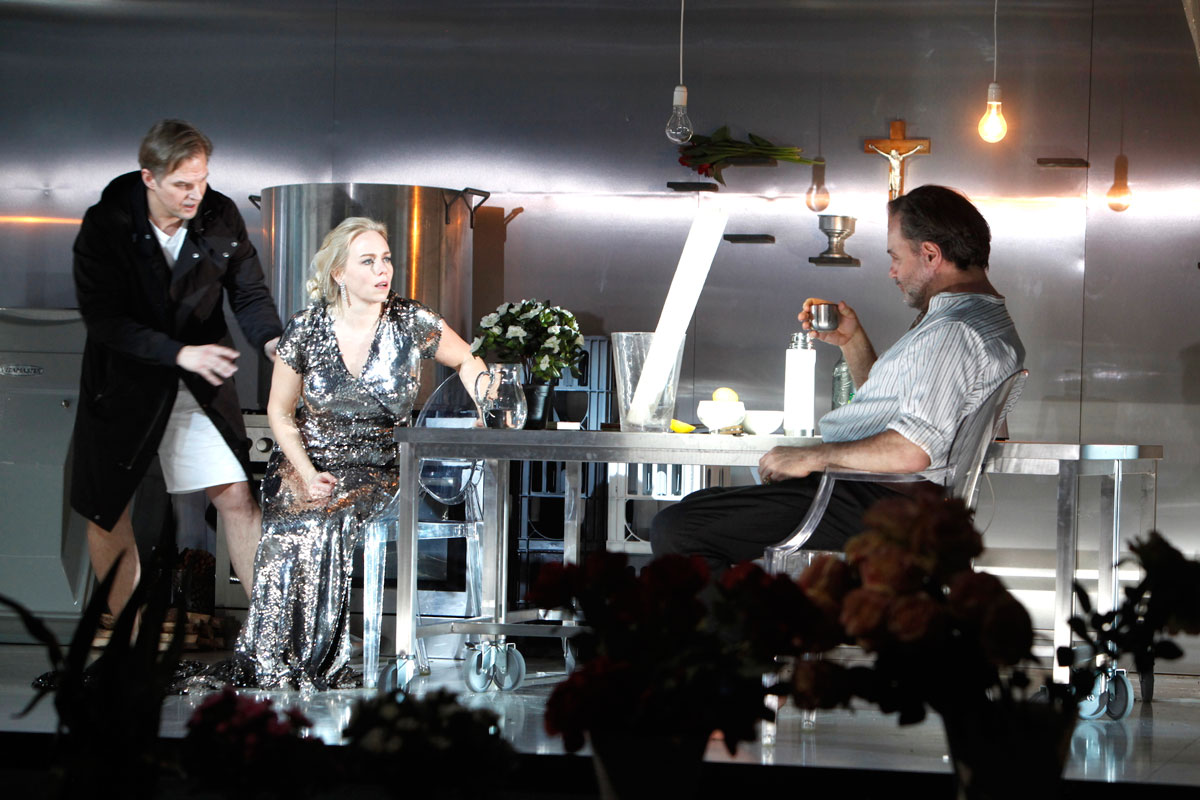 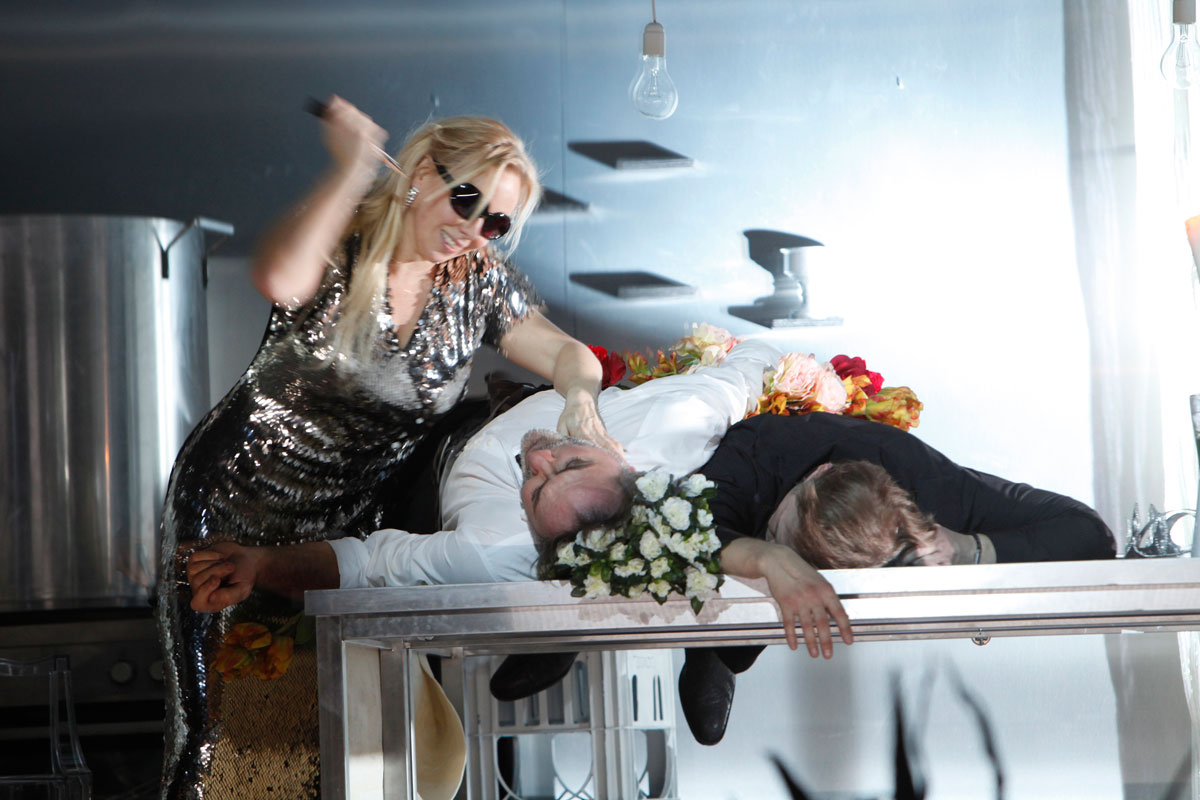 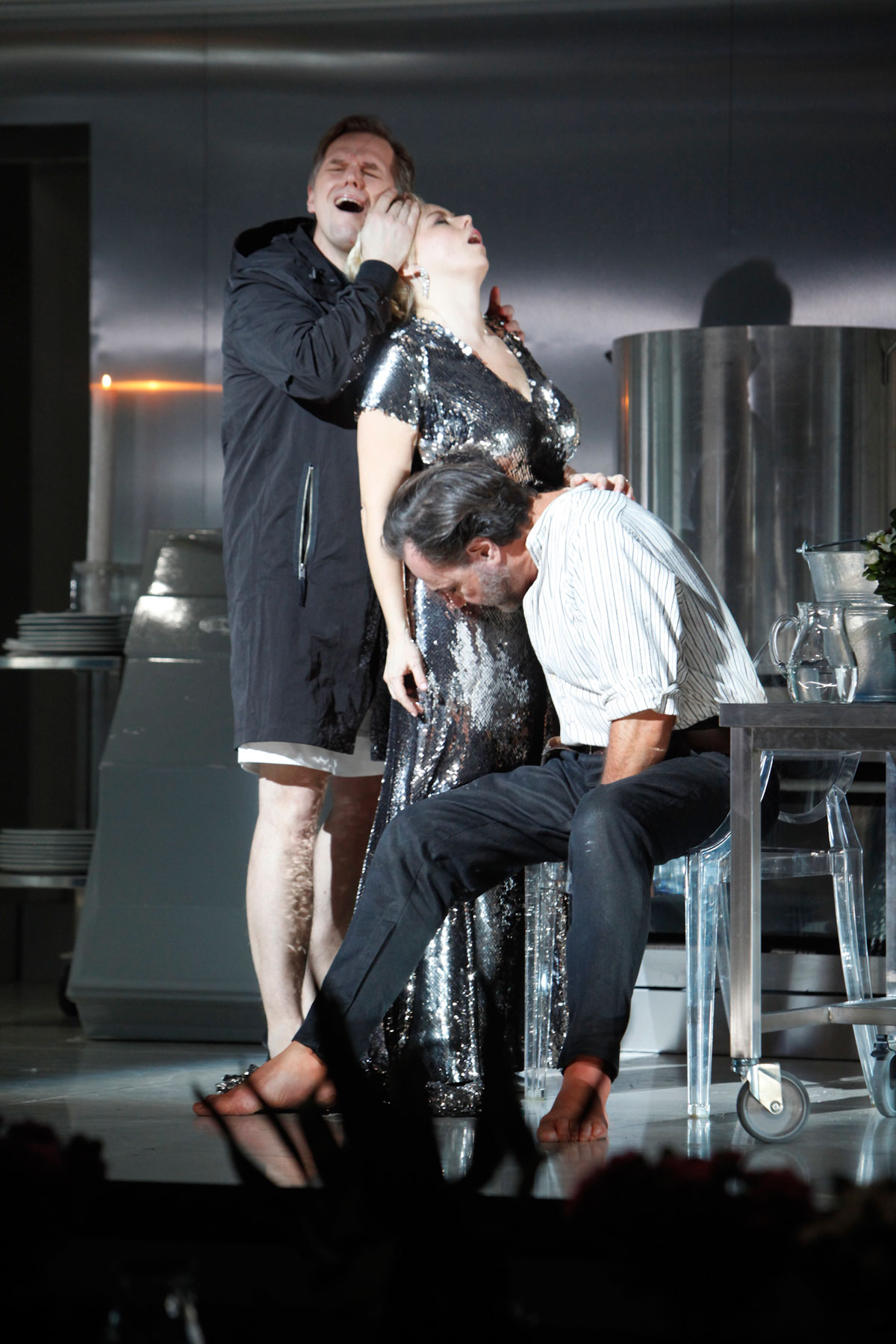 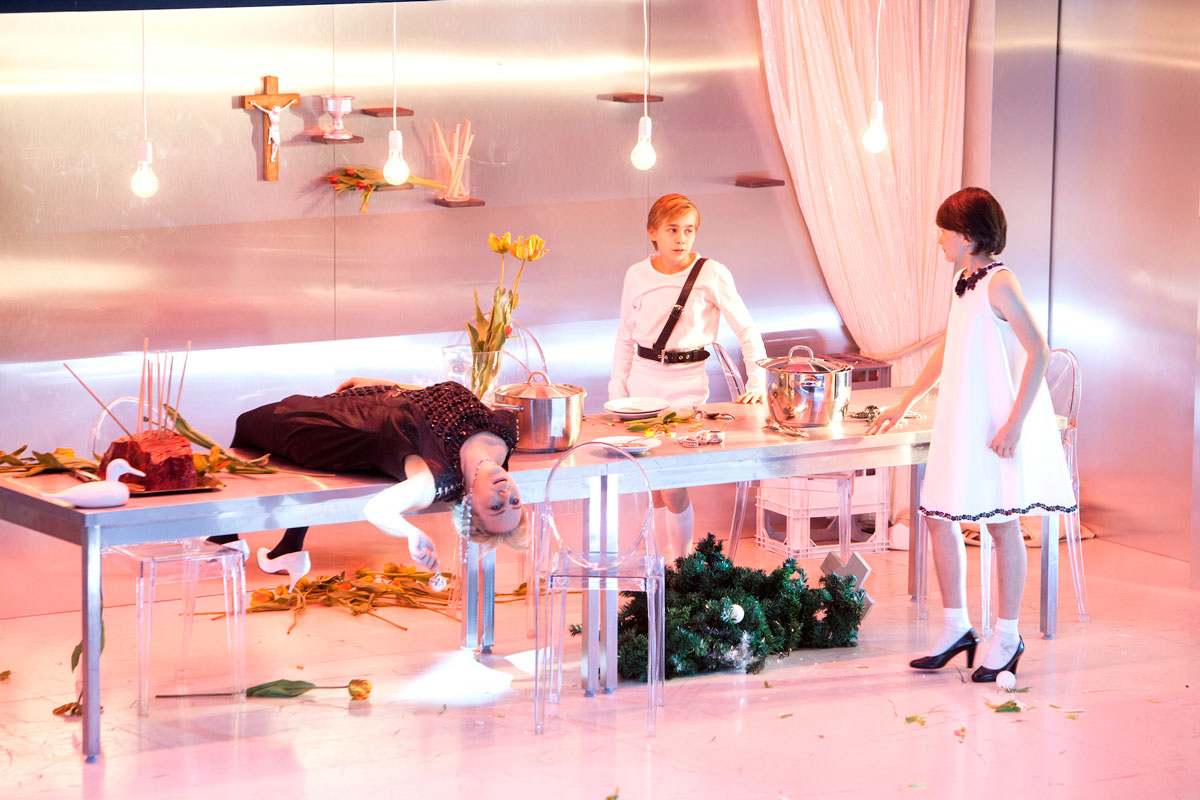